Can I Afford Solar

Can I Afford Solar?

How much can I afford?➝

The financial, habitat, and community advantage of solar photovoltaic energy systems make them very lucrative. Yet a solar photovoltaic panels system is a considerable upfront investment. Even if you end up not purchasing your solar photovoltaic system in cash, solar financing options like zero down solar loan can help you go solar and save you a lot of cash on your electric bill. That too eliminating almost 50% or more on your total cost of Solar Photovoltaic System.

You would hear it always low-risk, high-reward investment doesn’t happen. You can’t have one without the other. That’s where they’re wrong.

Solar energy is a renewable source of energy. Our sun is about 4.6 billion years old and as per physicists and scientists, it will continue to be there for another 5 billion years. It is the main source of energy behind solar photovoltaic power, it’s safe to say that solar power isn’t going anywhere in our lifetime unlike fossil fuels the crisis of which we have already seen many times in our lifetime.

The oil crisis of 1970 revealed the delicate nature of fossil fuels and their finite nature as a source of energy Globally. Research in the alternative, renewable energy technology, like solar and wind, has gained momentum ever since.

Solar energy potential outweighs the potential from any other energy source on the planet. US solar photovoltaic energy industry added more jobs in 2015 than the US oil & gas extraction & pipeline industries added combined, and grew 12 times faster than the US economy as a whole.

In 2016, the average cost of a rooftop solar photovoltaic power system installation in the United States was $3.21/W. On average, homeowners will save about $25,000-$40,000 over the span of 25 years when they switch to a home solar panel system than using traditional utility companies.

As science confirms the sun will continue to shine for another 5 billion years – low-risk. You save massively that too not in the very long run – high-reward. Told you it’s possible.

Venture in one of the fastest-growing industries TODAY when prices are at their lowest! Do you still think you can’t afford solar panels? Think again! 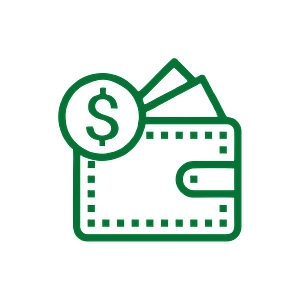 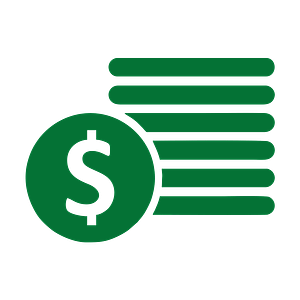 Despite having many similarities there is one primary difference between the solar panel and other home improvement loans, with a solar panel loan you own a commodity that not only covers its value but also works as an investment or asset. By saving you thousands of dollars beyond its cost and literally a man’s life. Moreover, it increases the home value to 5% to 6% as per Zillow.  Not to forget 26% federal investment tax credit and other applicable rebates and incentives. While an item of new furniture or deck is a good addition to your residence, they do not come with any type of financial benefits and are bound to depreciate its original value over time.

There are many Texas solar photovoltaic energy incentives at all tiers. Let’s begin with the federal incentive. The solar photovoltaic investment Tax credit (ITC) is a federal tax credit that may be a dollar-for-dollar reduction on income taxes. They scheduled it to step down from 26% in 2020 to 22% in 2021, however, the omnibus bill that was just passed by Congress prolonged the step-down in two years. If the bill turns into regulation as predicted, the tax credit score will continue to be at 26% for initiatives set up in 2021 and 2022, then lower to 22% in 2023. In 2024 and beyond, the ITC will continue to be at 10% for any commercial projects will be waived off completely for residential projects. The earlier you act, the more money you’ll save.

Texas does not provide a wide solar photovoltaic tax credit, but most utilities do offer incentives to install solar photovoltaic panels, add battery backup, or to make domestic upgrades associated with electricity performance (take a look at this website for comprehensive statistics). The structure and availability of rebates range throughout the state, but maximum utilities provide rebates to house owners and commercial proprietors on a cost-per-watt basis that is capped at a most amount according to project. The finances can be available in perpetuity or released on a periodic (e.g., annual) basis for residential and/or industrial solar photovoltaic installations, the utilities have an application method for every install, which your solar installer will manage for you.

There are further incentives in other cities as well. Like Austin, offer a property tax deviation for solar photovoltaic energy customers.

Some utilities provide a solar photovoltaic rebate, and others take part in net metering. Net metering is a billing arrangement between the asset’s proprietor and the utility company that permits overproduced electricity to be sold back to the grid. It carries this money out as a credit score within the next billing cycle. Net metering may only be available to specific clients, so we suggest calling your provider to ask if they take part. For details about how Net metering works Click Here.