Why To Go Solar

Posted at 11:27h in Uncategorized by transadmin 0 Comments
3 Likes

Our planet is our legacy, and there’s just one. The extensive use of fuel energy has caused irreversible damage. The more we wait, the more severe it’ll get. Humanity must face global climate change on many fronts. Many governments, organizations, companies and individuals try to decelerate and potentially even reverse the method of global warming that’s threatening the planet as we all know it today. These pioneers are looking to emerging green technologies, practices, and social transformation to achieve the battle against global climate change.

Nu Solar Power wants current and future generations to possess equal access to essential power and energy whilst living on a thriving and sustainable world. We aim to boost our communities by giving the gift of green energy serving our people, by minimizing electricity prices, we want to facilitate them maximize their impact on their lives. 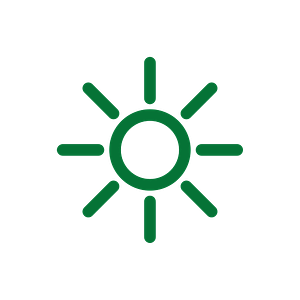 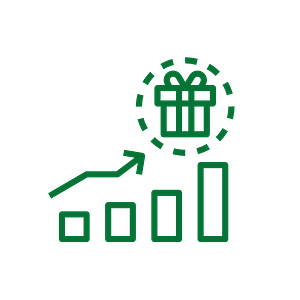 US Congress enacted a bill for residential solar users, including a permanent 10% tax credit for commercial users a property owner with the right tax situation can reduce system cost by up to 50% with the federal Income Tax Credit and accelerated depreciation. A business that has gone solar will opt to unfold this profit over the lifetime of a system or retroactively apply it to past tax years. This means that any solar projects be it residential, commercial that begins in 2021 and 2022 would still be eligible for 26% tax credit. All market segments of solar photovoltaic will drop to a 22% tax credit in 2023, except the residential who would drop to 0%. That is why the year 2021 is the year to plan and go solar.

With 26% Federal Solar Tax Credit, there’s no justification not to at least explore Solar Photovoltaic power for your home. Did you know that on average, homeowners can save about $25,000-45000 over 25 years depending on the system size when they switch to solar power – talk about saving for the future! This clean, green and pollution-free process can provide electricity to your home way less than what your electric company charges.

One of the most substantial and considerable reasons to move to Solar Photovoltaic is the elimination of energy costs. The electricity a Solar Photovoltaic system produces offsets your electrical usage, remarkably reducing or in some cases even eradicating your electric bill so you can spend saved cash elsewhere, or save the difference. 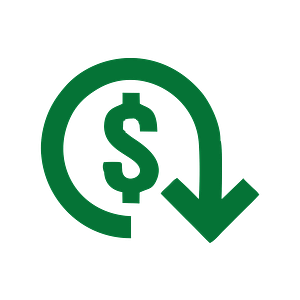 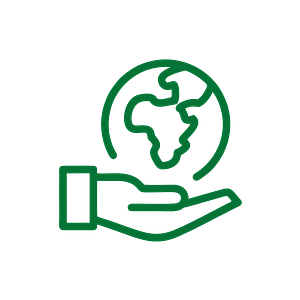 The insistence on renewable energy is real and growing in our state of Texas and throughout the country. Customers, tenants, and prospective staff are progressively weighing a property owner’s or company’s environmental policy and commitment to sustainability in their resolution criteria. By going solar, businesses contribute to the enlargement and adoption of carbon-cutting renewable energy technology, serving to make a more sustainable planet.

Homes with Solar Photovoltaic panels installed demand higher value and prices than homes still plugged into the traditional grid. People are willing to pay more out of their pockets when buying a house only to gain the potential of savings over the long-run using solar energy over the electric company. Solar Photovoltaic energy savings occurs over an extended period of time and Solar Photovoltaic energy is renewable energy, buyers will be eager at the bit to buy your solar-powered home. This is not merely an assumption. The American Association of Appraisers has found that a building with a Solar Photovoltaic array has a higher market value than the same building without, as well as better resale values for homeowners. As per Zillow, not only can adding solar panels to home save energy costs and help the environment, it also can potentially increase a home’s value. During the past year, homes with solar-energy systems sold for 4.1% more on average than comparable homes without solar power. For an average valued home, that translates to an additional $9,274. 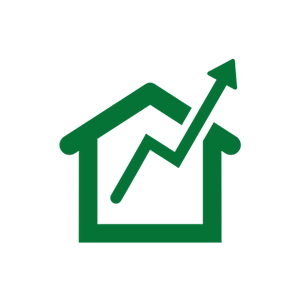 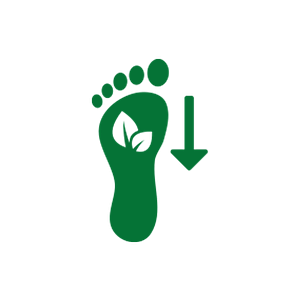 Solar Photovoltaic energy is clean, renewable, and plentiful. In contrast to fossil fuels, alternative energy doesn’t generate harmful carbon emissions and different greenhouse gases that result in contributing to global warming and climate change. By moving to solar photovoltaic rather than electricity generated with fossil fuels, your business and home can scale back its’ carbon footprint and contribute to a culture of sustainability. 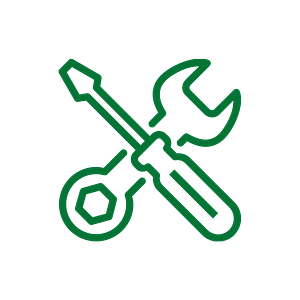 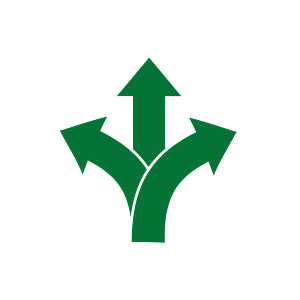 There are a number of flexible financing options available for residential and businesses, including options that require little to no up-front costs. In any case of available capital or tax appetite, current financing solutions provide agreeable options for consumers of businesses of every size as well as residential consumers. Whether you want to own the system outright, finance it over 20 years, or simply purchase the power from an array – there’s a solution for virtually everyone who is interested in going solar.

Federal and utility solar incentives that make a Solar Photovoltaic investment an excellent business sense. However, these incentives are running out, and could be gone in as little as 1 or 2 Years! If you’ve ever considered going solar, now is the time to act and become a part of the Commonwealth’s solar community. An experienced Solar Photovoltaic Energy Consultant can help you determine if solar is the right decision for your property. 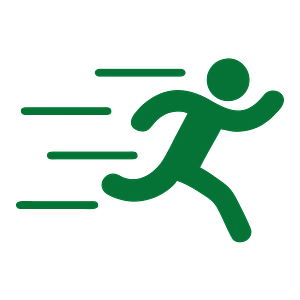 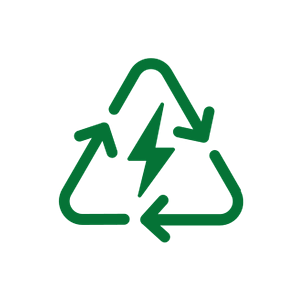 The sun is an unlimited source of energy and thus a key component of realizing our vision of clean and green energy independence in the United States. By increasing our capacity to harness electricity from the sun, we can also keep in check price fluctuations of global energy markets and monopolies. 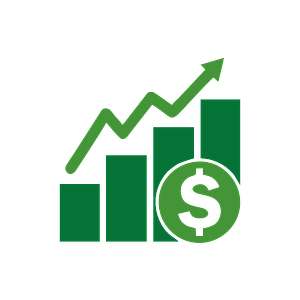 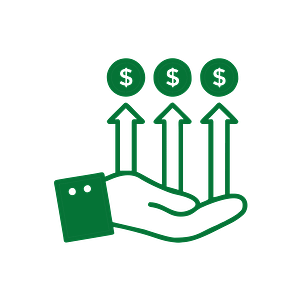 Electricity costs have risen over 70% in the past 10 years and continue to do so in a volatile way – making it difficult to budget this line-item year over year. With solar, you can accurately forecast the cost of your energy use for more than 35 years. Predictable energy rates mean a more predictable budget.

Contrary to popular notion, temperatures don’t dip in the winter because Earth is far from the sun. In fact, Earth is in reality far from the sun in July and closest to the sun in January. So, what does this imply to your solar photovoltaic panels as soon as the temperatures drop? Stay with us as we answer all of your questions about how a solar photovoltaic panel system performs in the course of wintry weather.

The excellent factor about solar photovoltaic panels are that once installed, there is zero maintenance required for most of the year, including in the winter. If you live in an area that gets heavy snowfall — think about polar vortex level — you may need to hire a professional to clean off any wet, heavy snow in case you’re concerned about roof safety. Nu Solar Power takes extra safety precautions by installing snow guards in areas that may have a potential for snow build-up and everyday damage.

Solar battery storage is also an important component considerably during winter and throughout the year since it allows you to daily store your energy regardless of solar photovoltaic panels production. It works by collecting all the electricity your panels produce and saving it right there at your own home, instead of sending it back to the electricity grid. As a result, you can rely on it during the times when you need more energy than your panels can actually produce which include a nighttime or on cloudy days.

Effectiveness of solar panels in winters➝

When it comes to solar energy, there’s one important factor to remember: it’s not about warmth, it’s about sunlight. In fact, solar power production in summer vs. winter might surprise you. Cold, sunny weather is actually an ideal time to produce energy for your home due to the fact solar photovoltaic panels work more efficiently in cooler temperatures. In reality, the industry-standard specifications for PV systems are made at a temperature of 77º F, however, they’ve come up to be even more efficient in colder temperatures.

During research and study, last year Burlington, Vermont and Indianapolis, Indiana (places with the maximum solar panels installed per capita) are in the northern cooler region of the United States. Still not satisfied? Germany, which has sunshine levels comparable to Alaska, is a global leader in solar photovoltaic panel installations, with an outstanding 12.74 per cent of their countrywide power credited to renewable energy. Germany produces five times more solar power than the United States despite having 25 times smaller area. This extraordinary evidence shows huge potential of Solar Photovoltaic Panels.

Even in the most frigid winter temperatures, when sunlight is shining, solar photovoltaic panels will produce the electricity you need to make you more self-sufficient by making your own energy at home. 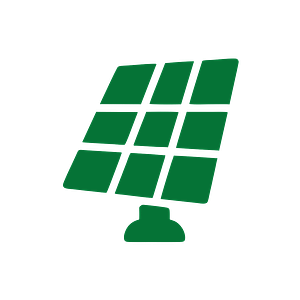